I was very frustrated with my failure to get the TMC2660 board variation running. I checked and double checked the connections, alas the steppers would not move at all.

I purchased one TMC2660-BOB kit from digikey and started experimenting with it, instead of my board. At first, I had the same failure – the stepper would not move at all. The software was a very simple Arduino sketch – what would be that wrong. Since the kit was designed by Trinamic, the hardware should be proper. Alas, no luck. I declared the TMC2660 chip cursed and moved to my soldering machine project.

Yesterday I decided to give the test jig one more try. After a few failed attempts. I spotted an error in the Arduino code – I was passing the incorrect CS pin in the driver setup. DUH!!! After a quick fix it was working.

Then I moved back to my original goal to test the thermal dissipation ability of my TMC2660 PrntrBoard design. I connected my board and started to torture test the motor driver. Unfortunately I was not able to run the driver past 1.5A RMS, which is a shame. I’ll try using a different motor with higher coli resistance. Anyhow here is an image from my thermal camera of the top of the ship: 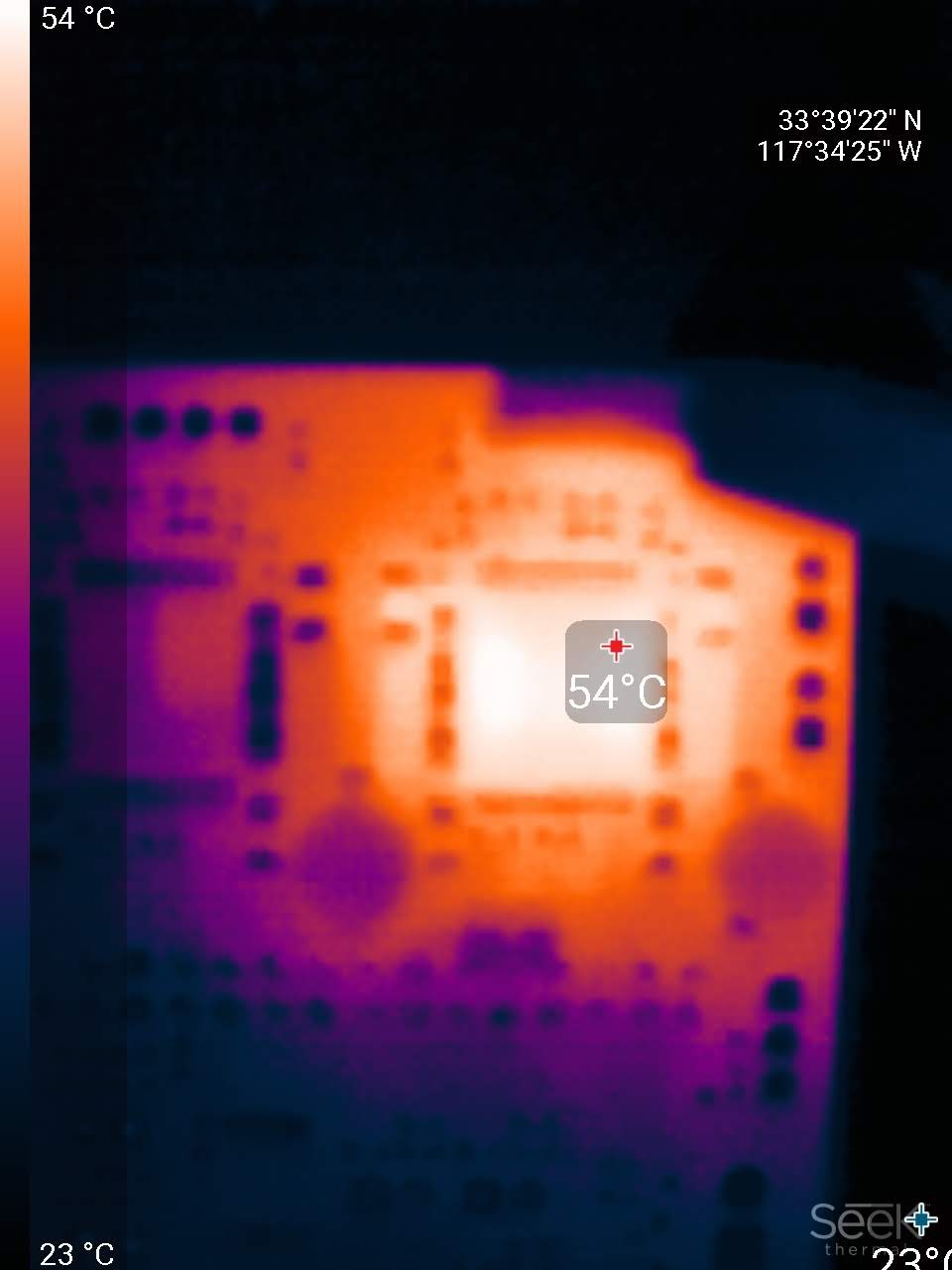 The chip has no heat-sink and runs at 54C. This is not bad at all. much cooler than the TMC2130 version. The board seems to be dissipating quite a bit of the energy.

Here is a picture of the bottom of the board: 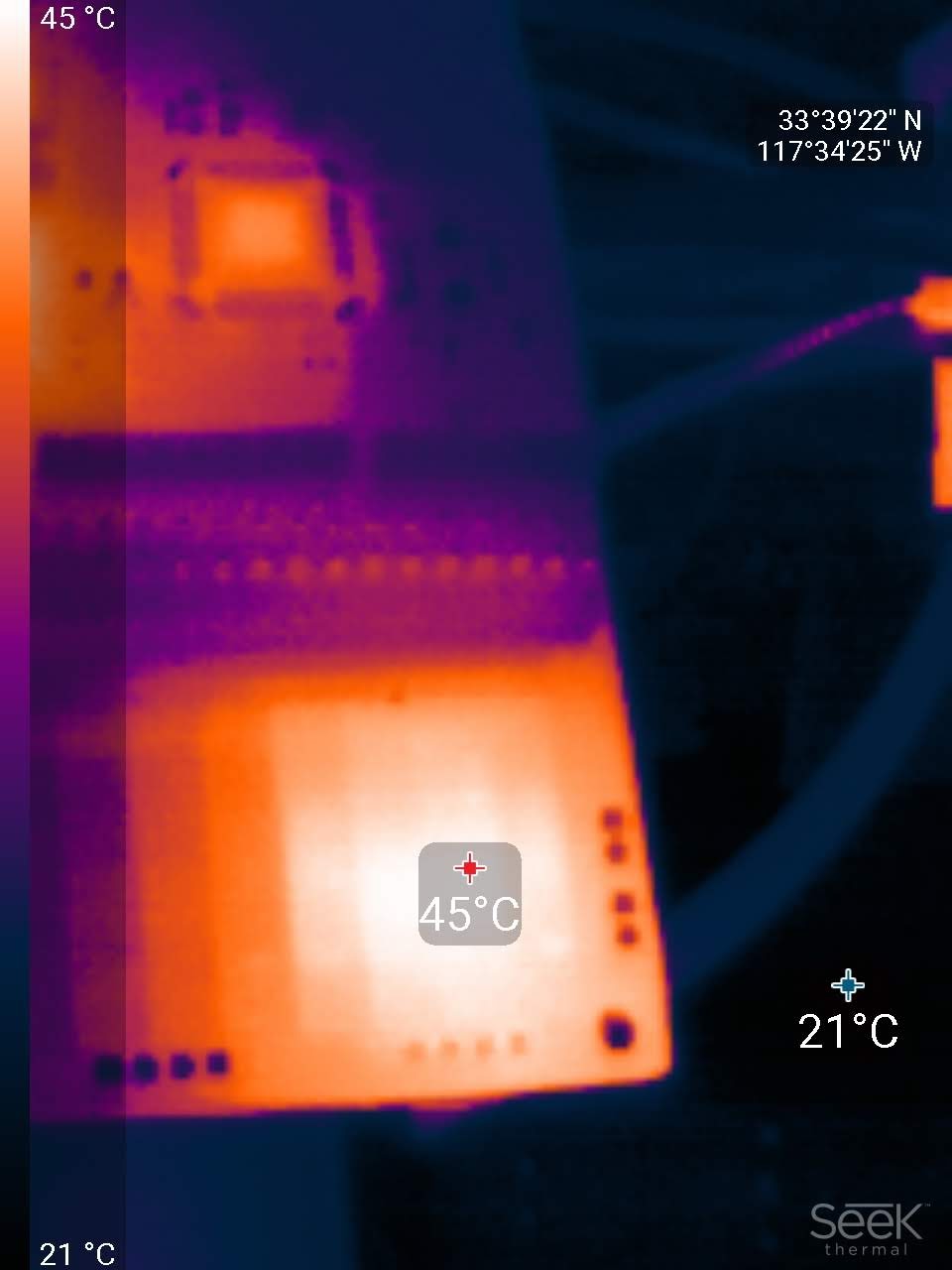 The bottom is at 45C in the center, which I think is quite good thermal conductivity of the board layers.

I feel good about the board thermal capabilities. If I add heat-sinks on the top and the bottom it should be able to run at 2A RMS and above with active cooling.