I was very confident in my soldering machine from the tests I conducted the previous week. I decided to program a whole board and try it out.

Alas the confidence was premature and multiple failures ensued. Here is an example

I was getting frustrated and decided to look at a few videos of commercial soldering machines for inspiration.

After a few hours I devised a new mount for the soldering needle. The previous mount was allowing adjustments only in the angle of the soldering iron as well as the needle. This configuration seems quite limited. Applying maximum effort here is the new plan: 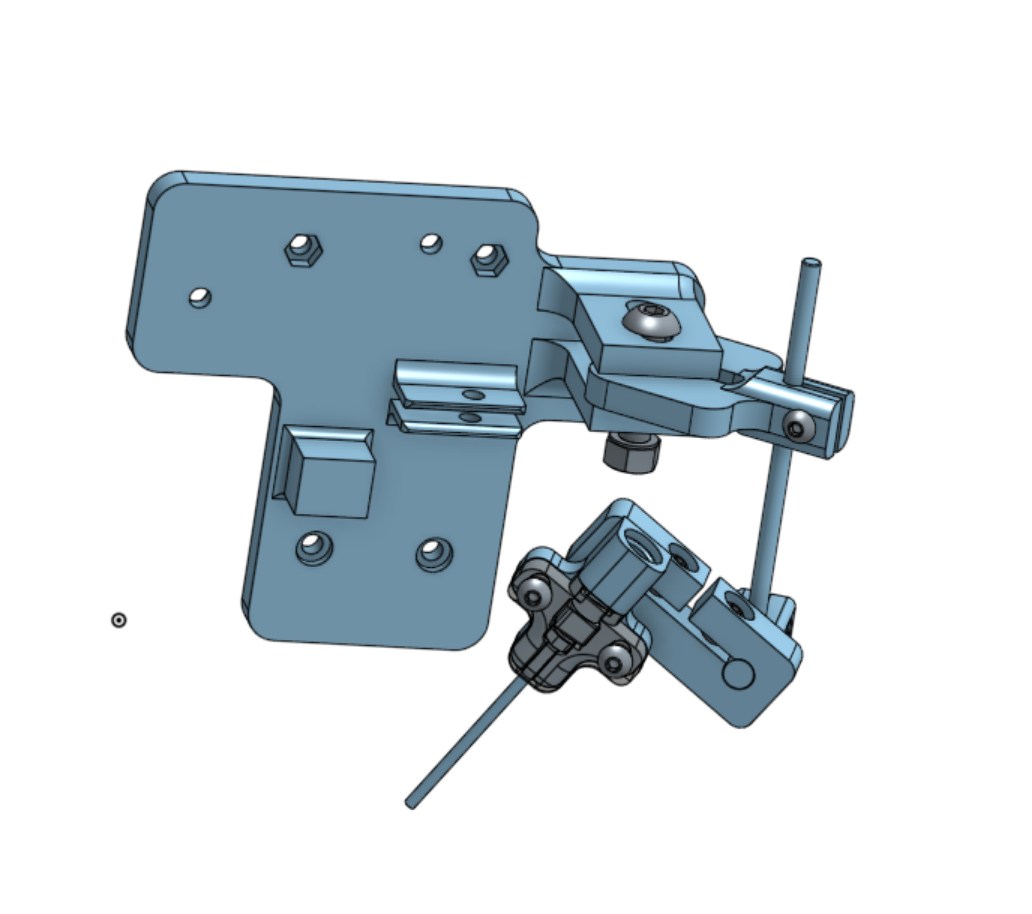 Now the syringe is mounted on this dual clamp. The clamp allows for both items to rotate. The other end of the clamp is connected to a 3mm steel rod, which adds another degree of rotation. Finally the rod is connected to the mount plate with a plank which allows both: XY movement as well as rotation. 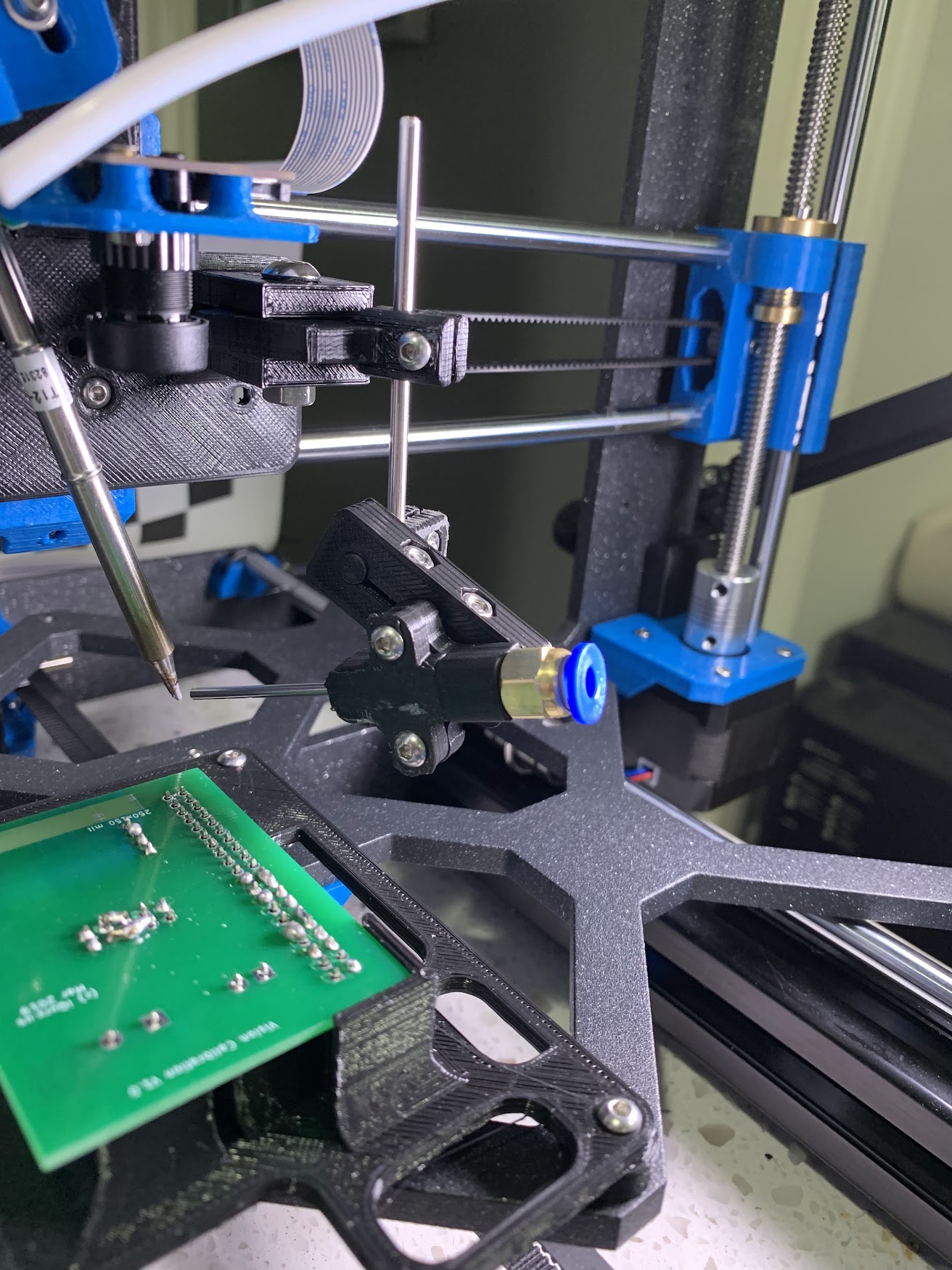 The new mounting system adds quite a bit of flexibility to the position of the needle that guides the solder wire. Hopefully I’ll be able to find a location which works in most cases. 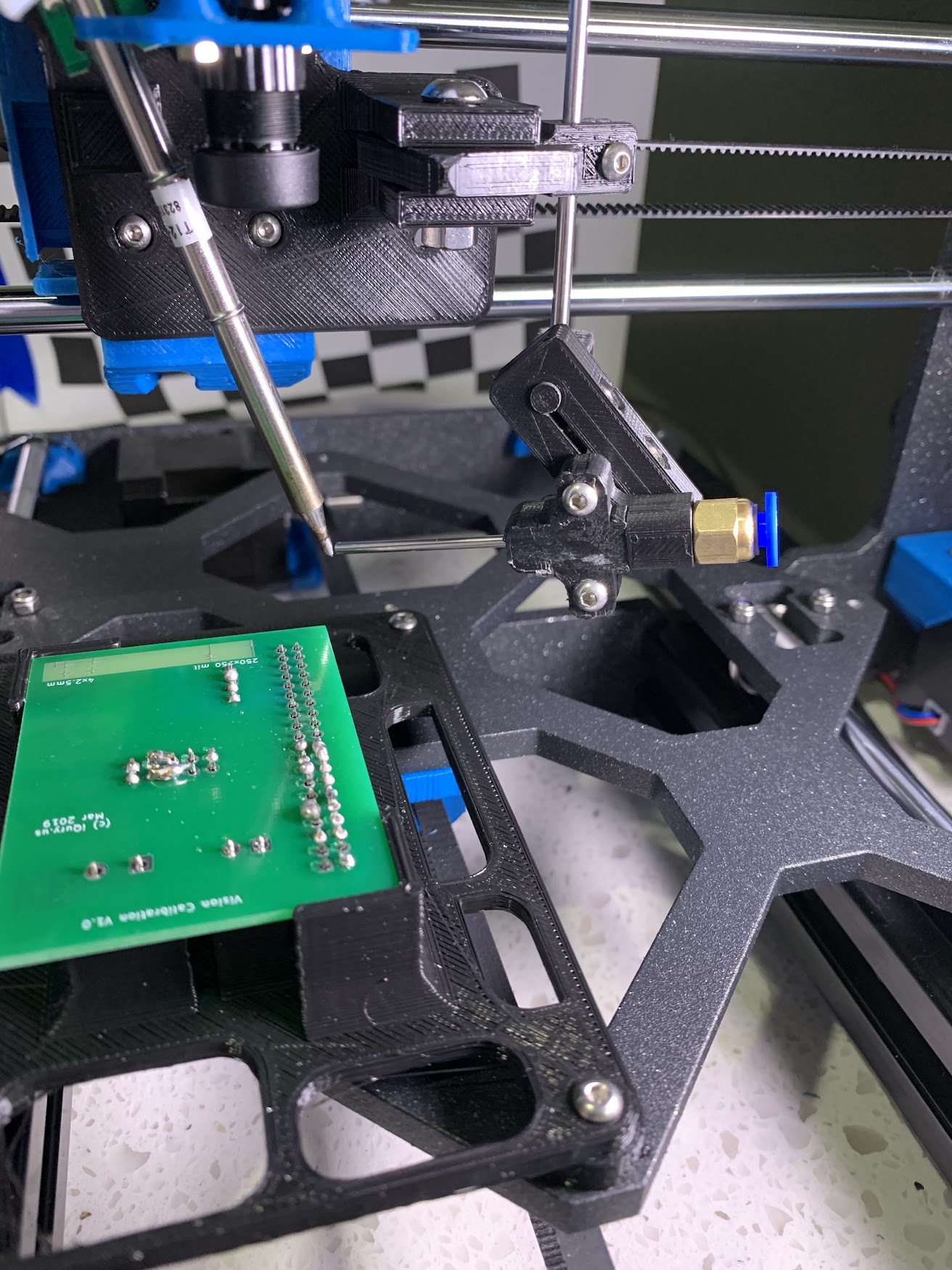 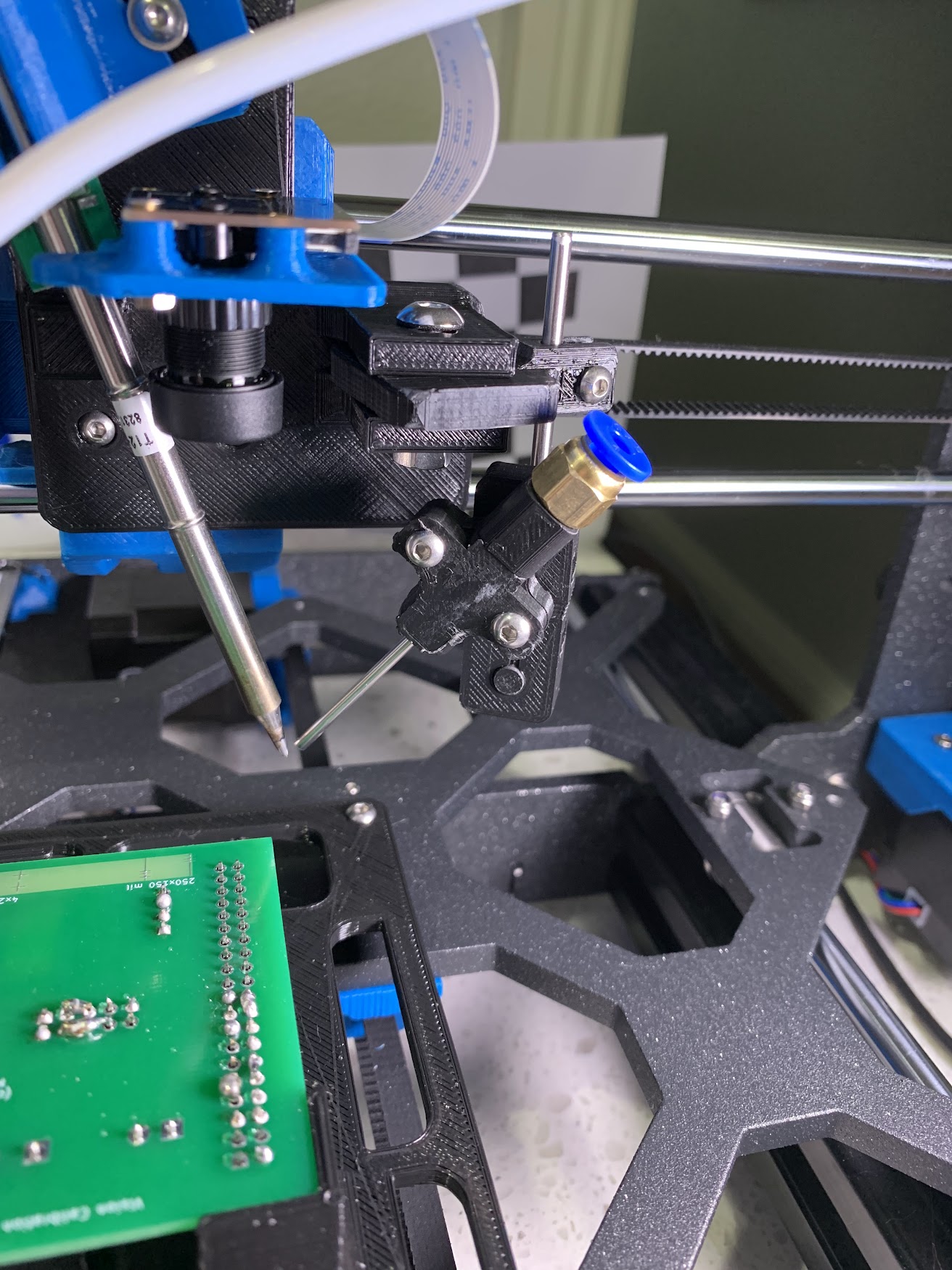