In my experiments with the rev1 version of the TMC2130 board I found that the motor drivers get quite warm with increased current. If I point a fan just right it would cool the driver enough, but if the air flow was not sufficient the drivers overheat quite easily.

I wanted to improve the cooling on the PrntrBoard motor drivers. The board layout is challenging with the NUCLEO board on the bottom and a bunch of connectors on the top. Achieving good airflow for the Trinamic drivers would not be simple unless I add many many fans.

I tried to design a custom airflow conduit that would direct the air over the drivers without taking too much extra space. To start I did an export of a 3D model of the board and all components from KiCAD – it proved to be an excellent feature. I exported a STEP file, which I then tried to import in onshape. It kind of worked, but the generated assembly was full of small parts which would move all over the place and there was no easy way to tell onshape that this was one solid block of parts (at least I didn’t find an easy way to do that). Not to worry I fired off a copy of Autodesk Fusion 360. Imported the file there and added models for the heatsinks I was using on the board. I also added the IDC connectors to the NUCLEO board (they were not in the KiCAD export). I tried to figure out the assembly feature in Fusion 360, but gave up and exported STEP file again and imported it back to onshape. This time it appeared as one giant part, so I proceeded with my favorite feature – “design part in place”. This lets you design a new part in the context of an assembly and you can use geometry from the assembly as reference. 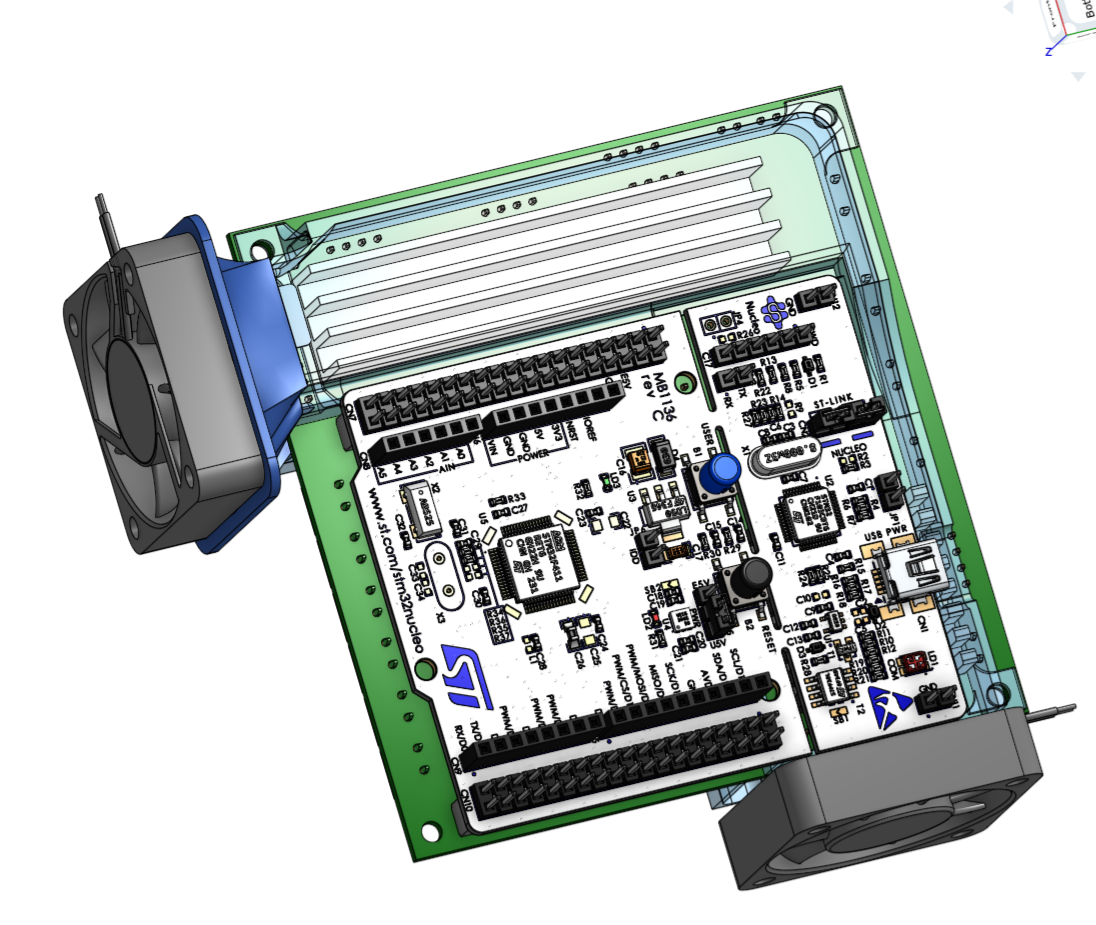 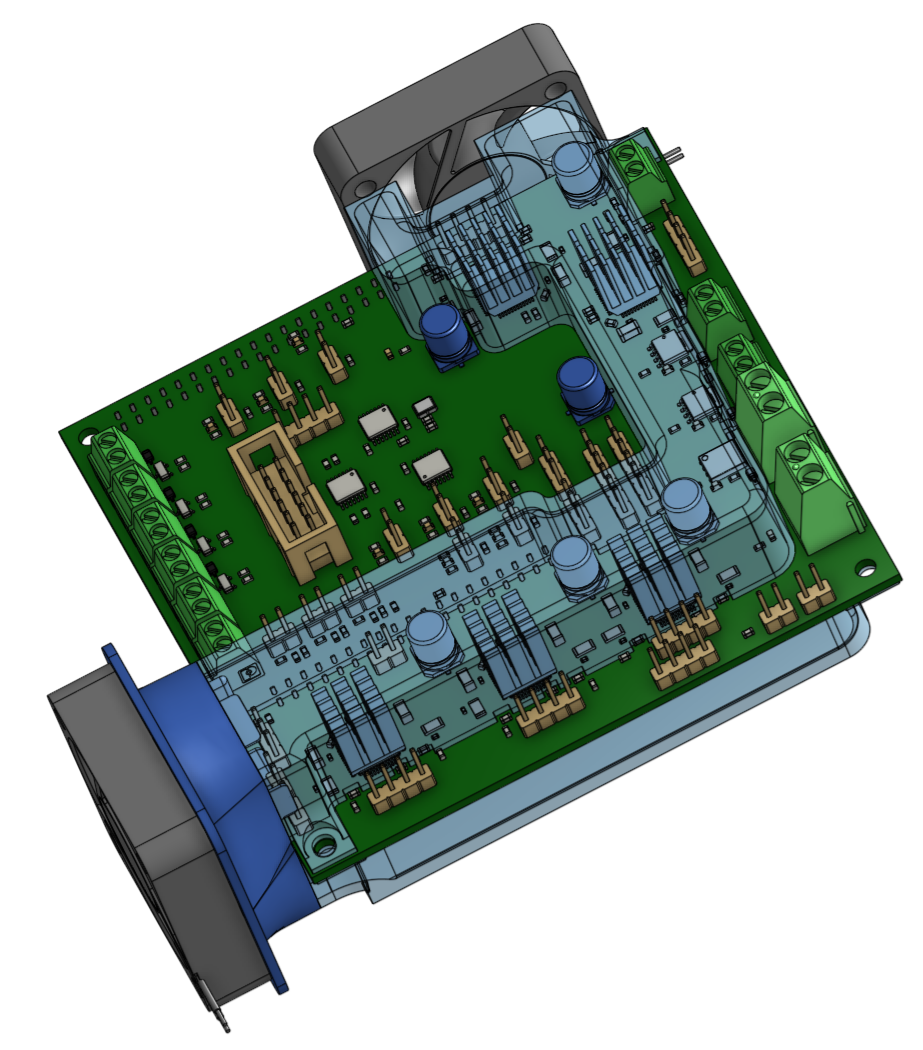 And here is how it actually fits on the board, when I created the parts on a 3D printer: 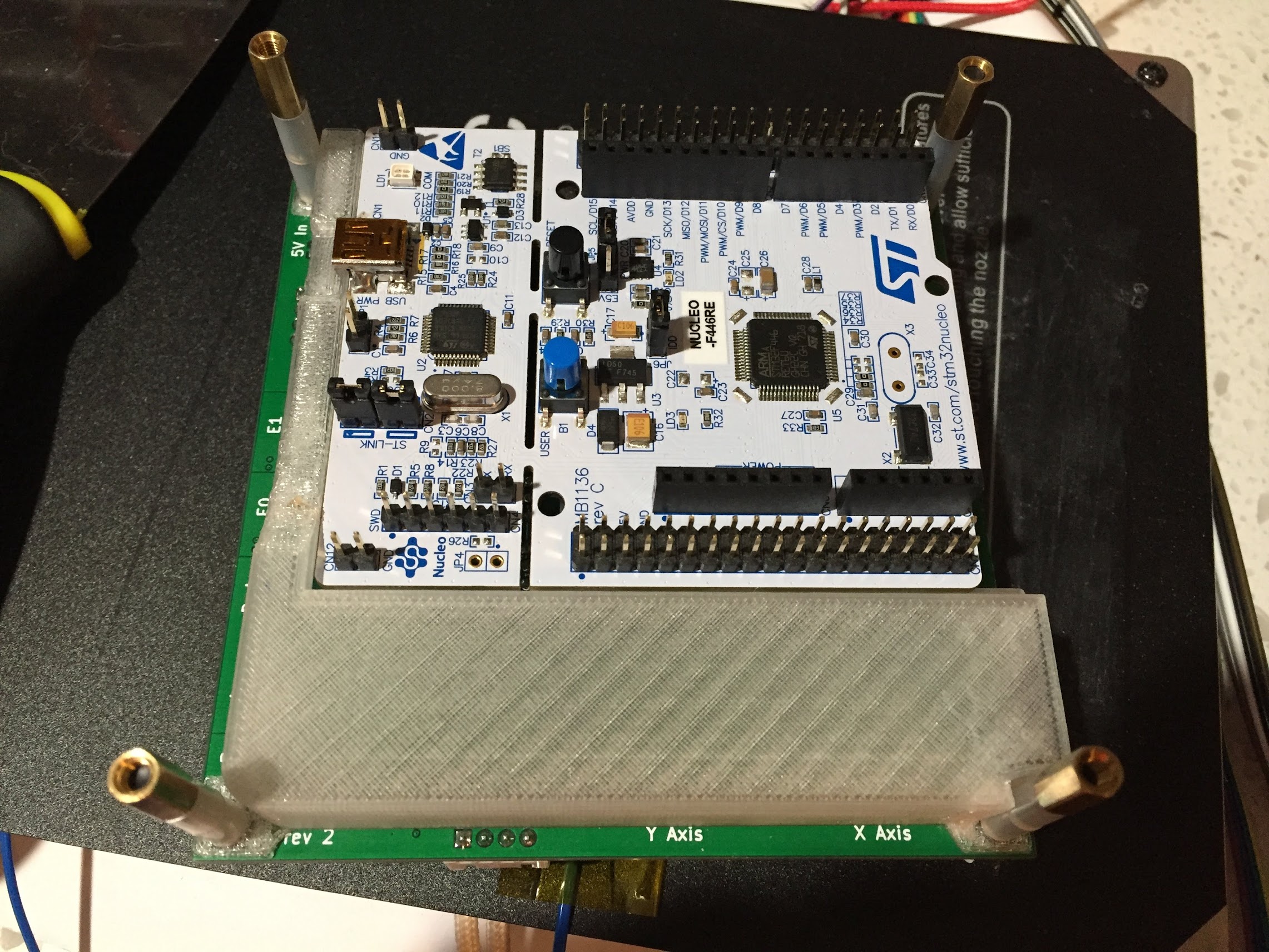 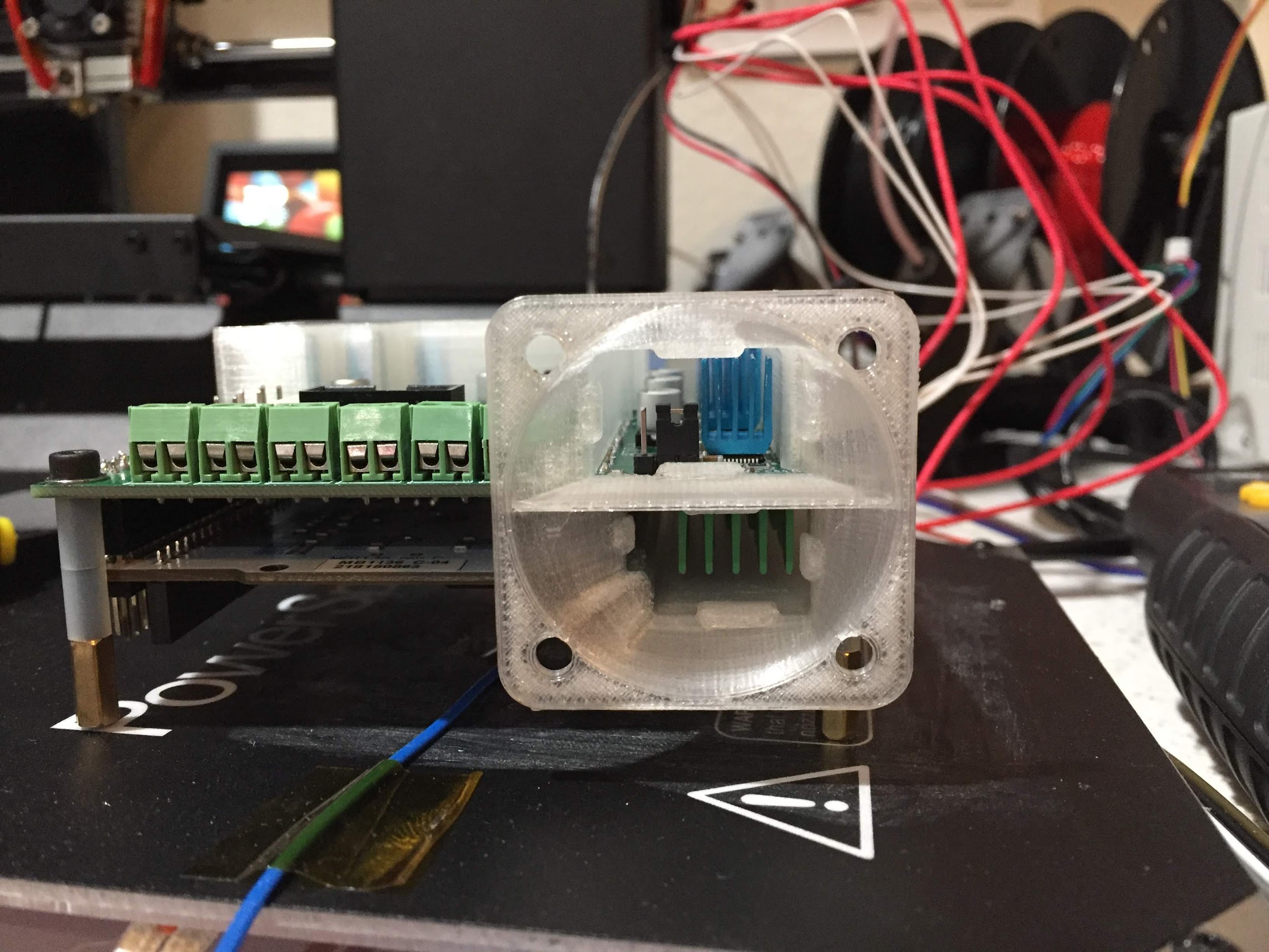 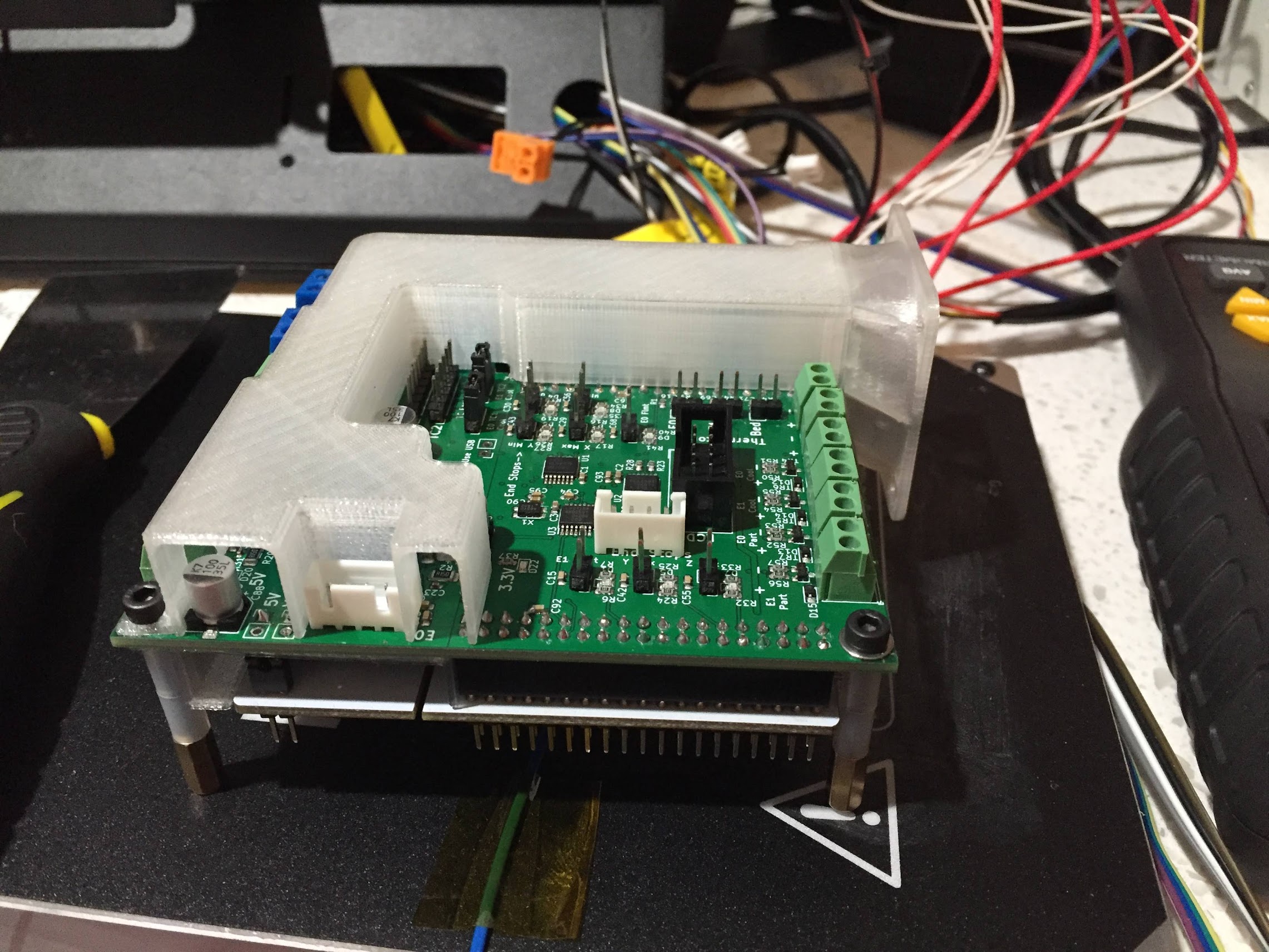