A co-worker shared this story yesterday with me. He upgraded his printer to TMC2130 drivers and while he was testing how the new toys performed he got a message that one of the drivers overheated and then the driver exploded in a non trivial ball of fire.

I asked if I can have the driver for some pictures. The driver boards were clones from the usual Asian markets. He now has ordered some “legit” boards from DigiKey. Crossing fingers these would not burn his house down. Said unfortunate driver was on his Z axis and he was running it at 1.1 amps.

This is what it looks like, next to a working board from the same supplier: 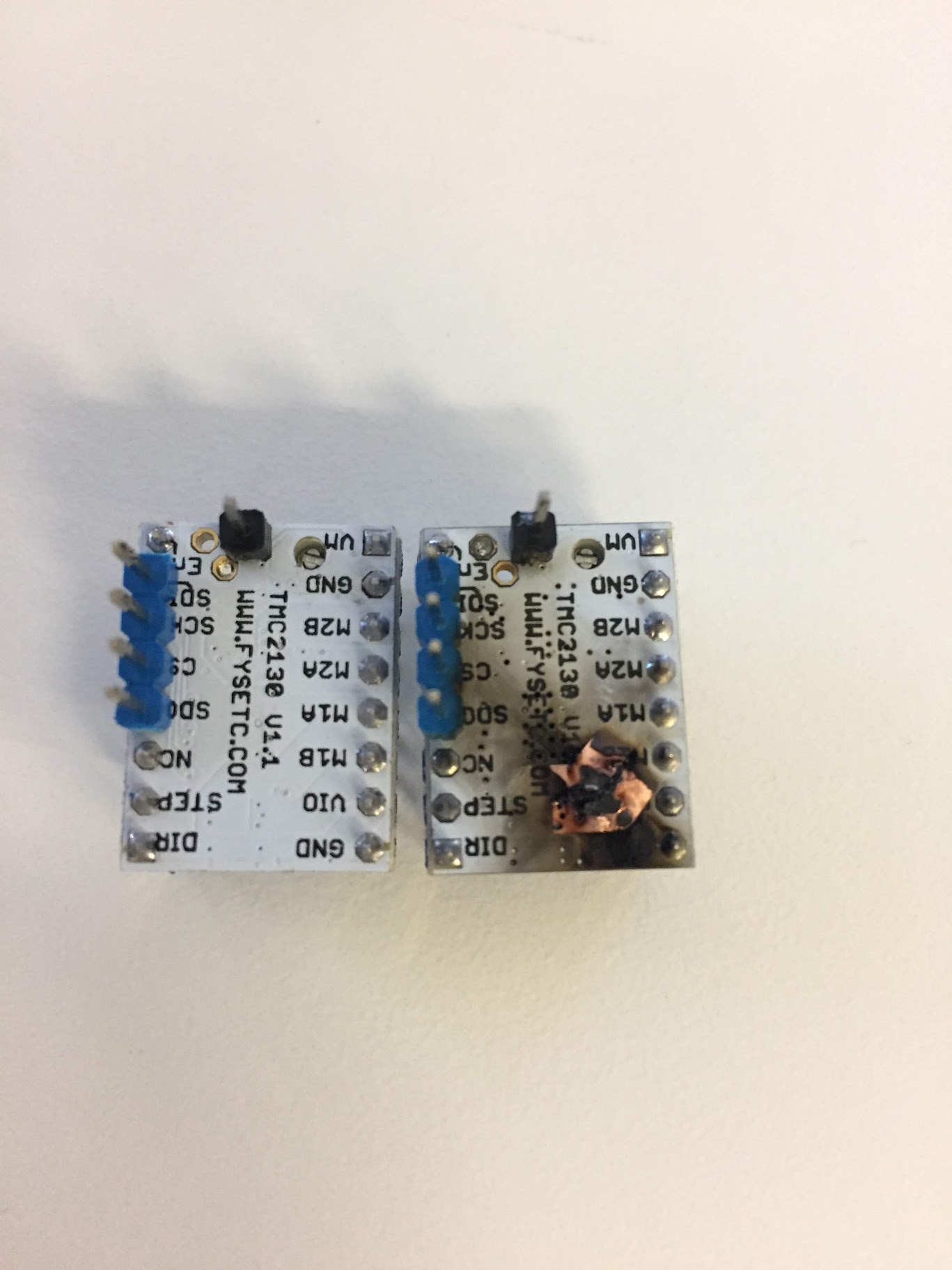 As you can see the top of the board kind of exploded, with some of the copper traces melted away. I suspect when the driver overheated either a solder joint shorted or the board shorted internally and that caused the severe failure.

This is the bottom of the board, where the driver chip is mounted: 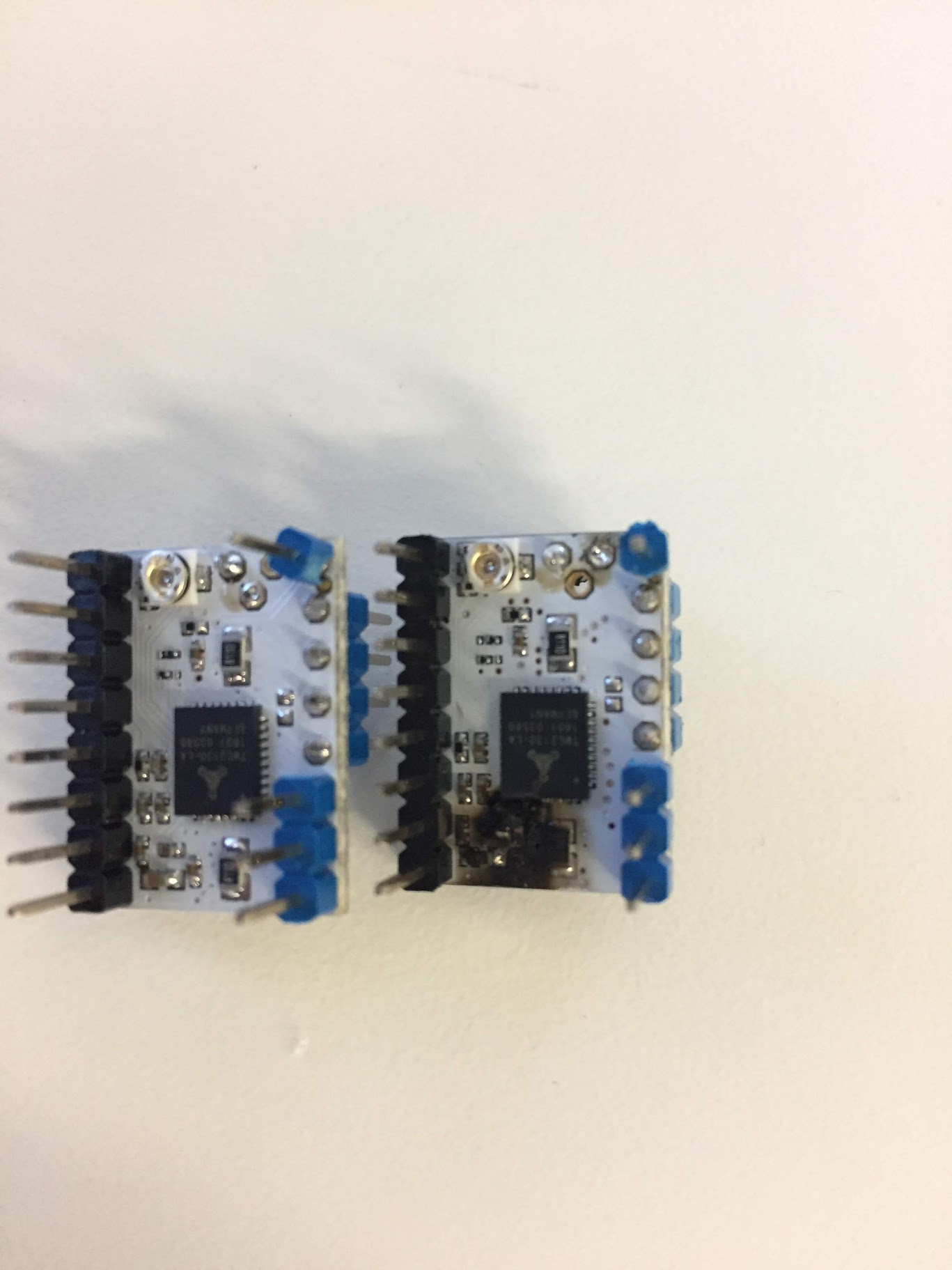 The damage looks less severe from the bottom. There are charred components, but no melted copper.

Here is the top part – where the copper melted under my microscope: Another angle – close to the edge of the board: 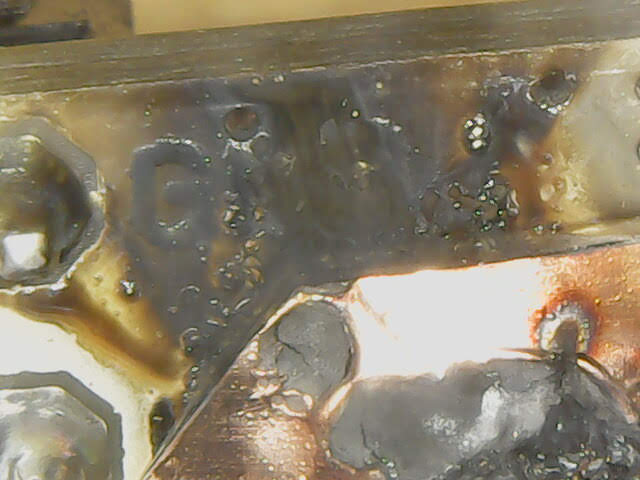 This is the bottom side – you can see the chip is a bit burned and some capacitors have been barbecued. 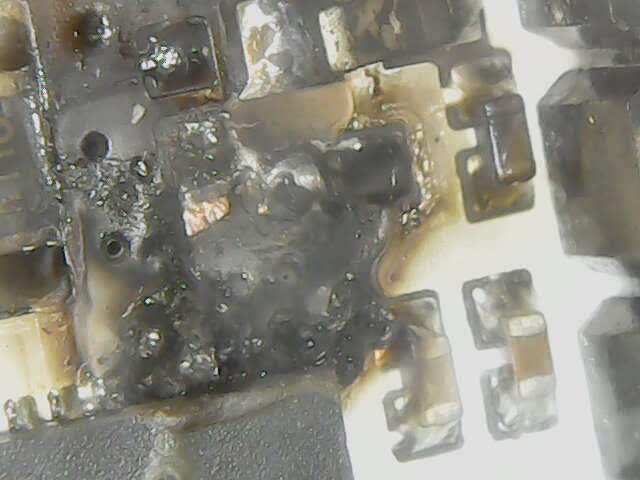 Another view of the barbecue area: 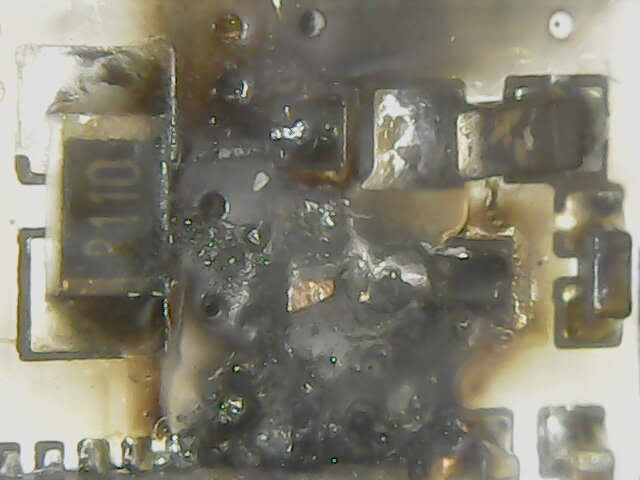 The rest of the chip looks intact: 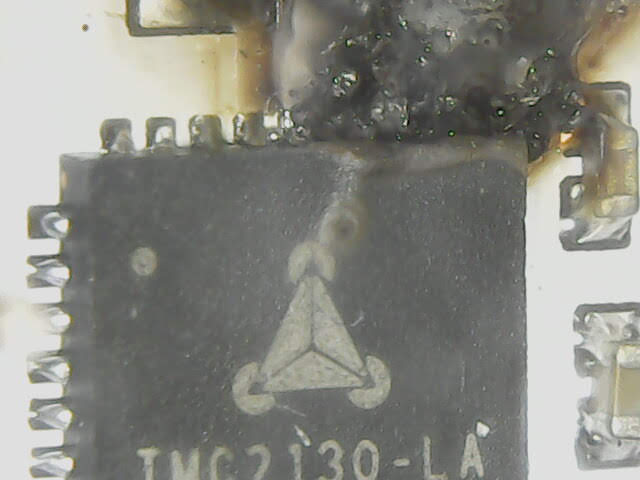 I removed the chip an this is a view of the PCB underneath: 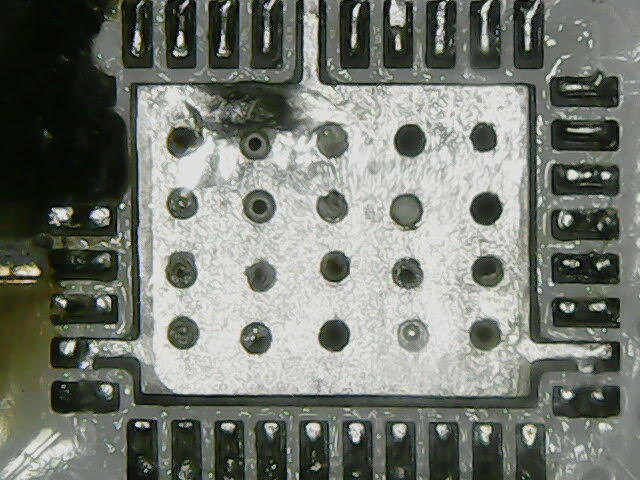 All but 3 pads look in very good condition. Unfortunately the 3 pads have evaporated completely from the board as well as the chip itself: 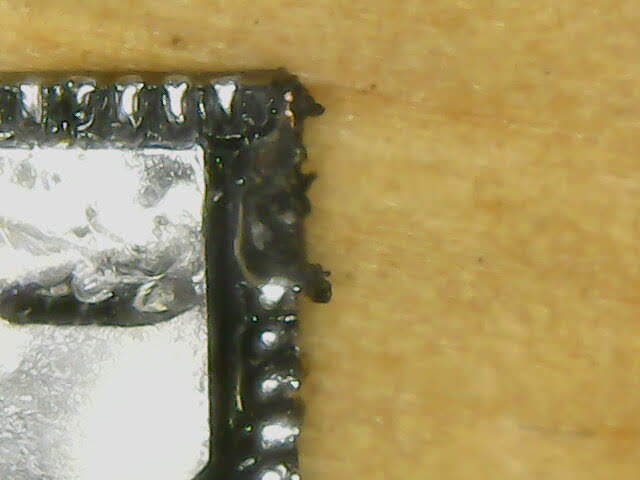 I was wondering if the chip can be salvaged, but it does not appear to be within my abilities.

One more reason to keep a fire extinguisher handy and not let your 3D printer unattended.