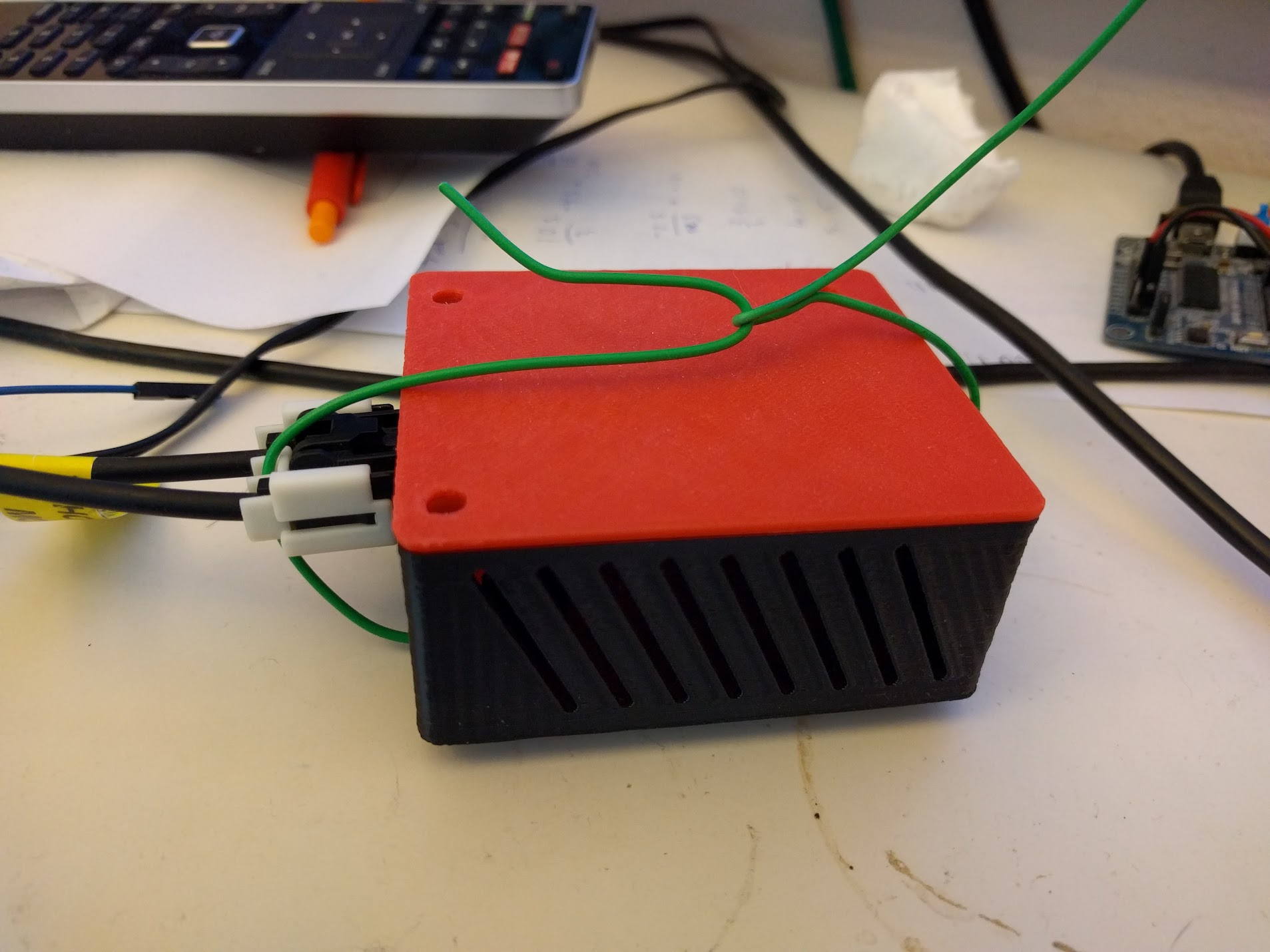 This was one of my favorite color combinations for the box of the CD-changer emulator device. This version has vents on the side – not because the device was overheating, but the box was easier to print this way. Without the vents, the ABS plastic would curl up, and the box looked very weird.

With this particular unit, I had some trouble with the optical connector not locking to the plug and had to improvise with some wire to hold it in place.

By the way, this re-design of the unit box was prompted by customers returning the device in half-melted form. In the initial version, the box was printed out of PLA which was getting soft in the summer temperatures in Texas and Arizona.

So I had to print all plastic parts our of different plastic – ABS, which has a higher melting temperature.